Originally hailing from Poland, Piotr is a long-time vegan activist. Shortly after moving to Ireland, he stumbled upon a blog post from a trusted blogger that he follows advocating for a vegan lifestyle. It was there and then that he decided to become vegan. That was 15 years ago—and with the advent of digital forms of activism, Piotr is going strong promoting and sharing veganism.

In addition to reaching out to politicians and influential figures from around the world about veganism, Piotr outreaches extensively through online platforms. For instance, he was very active on 5 Minutes 5 Vegans (5M5V). The platform’s robots scan Twitter and retweet those who are looking for help with going vegan. Volunteers then tweet vegan resources and facts to those individuals, with Piotr often tweeting to people from all around the world many times a day. He also served as a mentor with Challenge 22 and created a Facebook group to promote easy vegan activist opportunities.

On top of all of this, Piotr is an active user of Vegan Linguists (VL), our content translation service which allows anyone to request translation in any of the upward of 30 languages supported by the platform. Not only has he used VL to have his content translated, but he has also volunteered to translate in his native language of Polish.

Piotr initially found Vegan Linguists through researching online activist opportunities and then signed up for the mailing list. It was through this that he became a beta tester before its launch a year ago. His first impressions of the platform was that it had a simple, minimalist design, making it easy to navigate.

His experience accessing the platform on his desktop, which he used to do all his work on the platform, was  smooth throughout and bug-free. (Should any issues arise, users can simply click the button at the bottom left of the screen and send feedback to the team.)

There are three types of users on Vegan Linguists: authors who submit vegan content for translation, translators who pick up those requests, and reviewers who evaluate and provide any necessary input to the translations (more details further in the post). And a user can seamlessly participate in all three roles. “It's easy to switch between translator and author; it only takes two clicks,” he said of the interface.

As a translator, the content translation screen resembles other language translation services, such as Google Translate, with its split-screen display. On the left is the content in its original language; on the right is where translators can input translation. If the Google comparison holds, VL translators take the place of what would be the automatic translation function to offer a more complete and accurate service.

A key feature that makes Vegan Linguists easy to use is how it updates users with notifications at each stage of the process. Users receive notifications about new translation requests, claims to requests, completion of requests, and any comments via email, thereby helping all users involved with the request aware of developments. But Piotr says he prefers to check notifications directly on the website, which functions as an inbox with a clear overview of actions and activities — and the ability to navigate to mark all as read or navigate directly to the translation at hand.

As mentioned, Piotr is something of a unicorn user: not only has he worn the hat of a translator, he has also requested translations as an author. Because of Piotr’s involvement with 5M5V, he tweets in several languages. While Google Translate was ideal for languages in which he was familiar (Spanish), he needed extra help with responses in German and French.

And this is where VL stepped in to provide more of a human aspect to communication. “It's helpful for nuances in languages that cannot be found in applications such as Google Translate,” Piotr explains. “For example, the German ‘you’ has different variations.”

The end result? He was able to get both translation requests completed, and frequently uses them as templates to respond to many people on Twitter and share resources on veganism.

Earlier this year, the platform introduced a translation peer review system to ensure greater accuracy. It gives the author the ability to select their preferred number of reviewers (up to three reviewers per content) to review the translations after they are completed. Reviewers participate by making suggestions to the translation, similar to the editing mode on word processors such as Google Docs, and adding comments.

Piotr’s various roles on Vegan Linguists (beta user, author, and translator) — coupled with his other forms of activism — give him a unique perspective and relationship to the platform. He imagines that the platform could be leveraged more broadly for restaurants, venues, and the tourism industry. All in all, he believes that Vegan Linguists puts his knowledge to good use, and he has spread the word of the platform to his own network.

And the plus side is that users can get started right away. With an intuitive interface, there is minimal onboarding required. Multilingual users are able to contribute to the animal protection movement with the practical skills they already have, at the comfort of their own homes. Anyone with knowledge in another language can contribute by signing up. Translate for the animals, and help make vegan accessible worldwide. 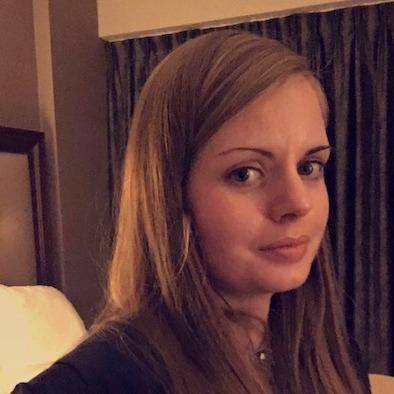 Ali is a writer, social media blogger, animal activist, and environmental activist. She is originally from Texas, and is based in the Southern United States. She enjoys pop culture and antiquated culture.

Ali is a writer, social media blogger, animal activist, and environmental activist. She is originally from Texas, and is based in the Southern United States. She enjoys pop culture and antiquated culture.