We are excited to catch up with Yuriy, the team leader of Team Banana. Yuriy's team has built Vegan Bootcamp, a 30-day vegan challenge website that takes people step-by-step towards a vegan diet and lifestyle. Learn more about Yuriy's adventurous spirit and favorite games by reading his interview below!

How did you end up finding and joining the Vegan Hacktivists?

A friend showed me the Vegan Hacktivists website, and I thought, “Wow, that’s awesome!” A few months later I found myself wondering, “How is what I’m doing actually having a positive impact on the world? What is the best thing I can do with the skills I currently have?” VH came to mind, and so here we are.

What is your role here and what do you love most about being part of the VH team?

I started off as a developer working on Vegan Bootcamp, and soon David [the founder] asked me to take over as team lead. I enjoy the ability to work together with other activists and use the skills that I have to make a positive impact. I’ve spent over seven years working as an engineer, but I don’t know how much of that work was actually meaningful. Who did my work actually benefit? With VH, I can use my coding skills to directly support the fight against the biggest sources of pain and suffering on the planet.

What are some things that you like about Vegan Bootcamp in particular?

It’s an incredible source of information. Non-vegans can browse through different topics and understand what goes into producing a certain product. This is information that every responsible consumer needs to be aware of.

For vegans and vegan activists, they can learn how to be more effective and how to have conversations with friends and family. It also introduces people to some of the best documentaries and most influential activists. It’s just awesome to have all of this information accessible from one place. 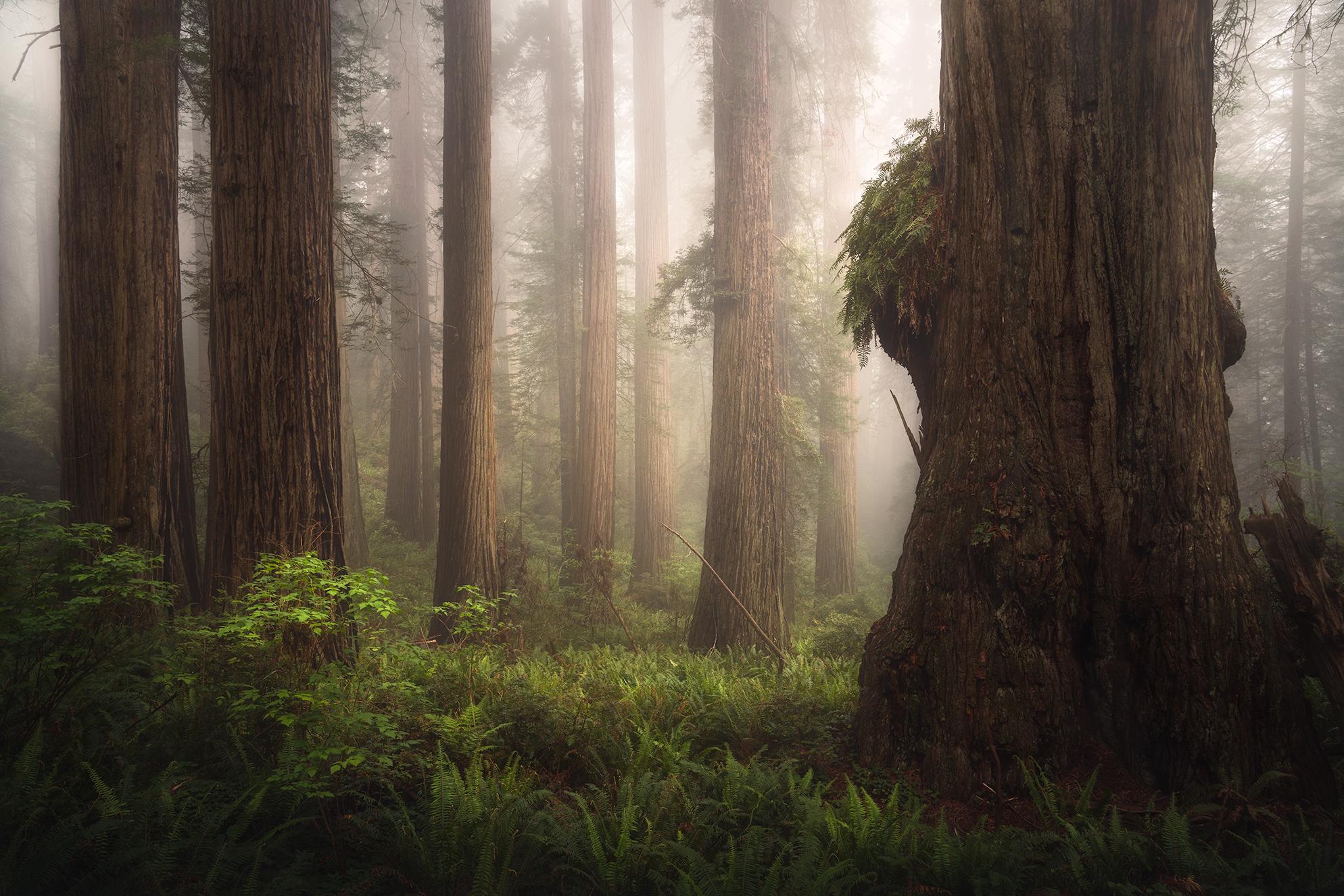 One of Yuriy's hobbies is taking landscape photography, as evident in this photo of redwood trees amid the fog.

And lastly, it’s a community and support network, and I would love to see that community grow in the future.

Can you tell us about any exciting updates coming to Vegan Bootcamp that we can look forward to? We'll keep it a secret, we swear!

I can’t reveal too much, but we’re exploring ways to help the website and community grow and I’m really excited about that. We’re also always open to suggestions, so please feel free to send us any feedback! [Editor’s note: send your ideas our way at [email protected]]

A lot of team members in VH seem to like board games, yourself included. Do you have any favorite board games you'd recommend for our readers?

Arboretum is a fun game that you can bring anywhere—a great one to have while traveling or to play at a pub or brewery! Catan is a classic and a favorite of mine. If using a computer is an option, Drawful is great for team-building, and I enjoy a bit of Hearthstone Battlegrounds in the evening when my brain is too tired to work.

What kind of work do you do outside of the Vegan Hacktivists?

Right now, I’m a software engineer working on blockchain security at Coinbase. That’s been taking up a lot of my time, but I believe this work may have a positive impact. That being said, in the future I’d like to more closely align my experience in tech with my passion for animal rights. 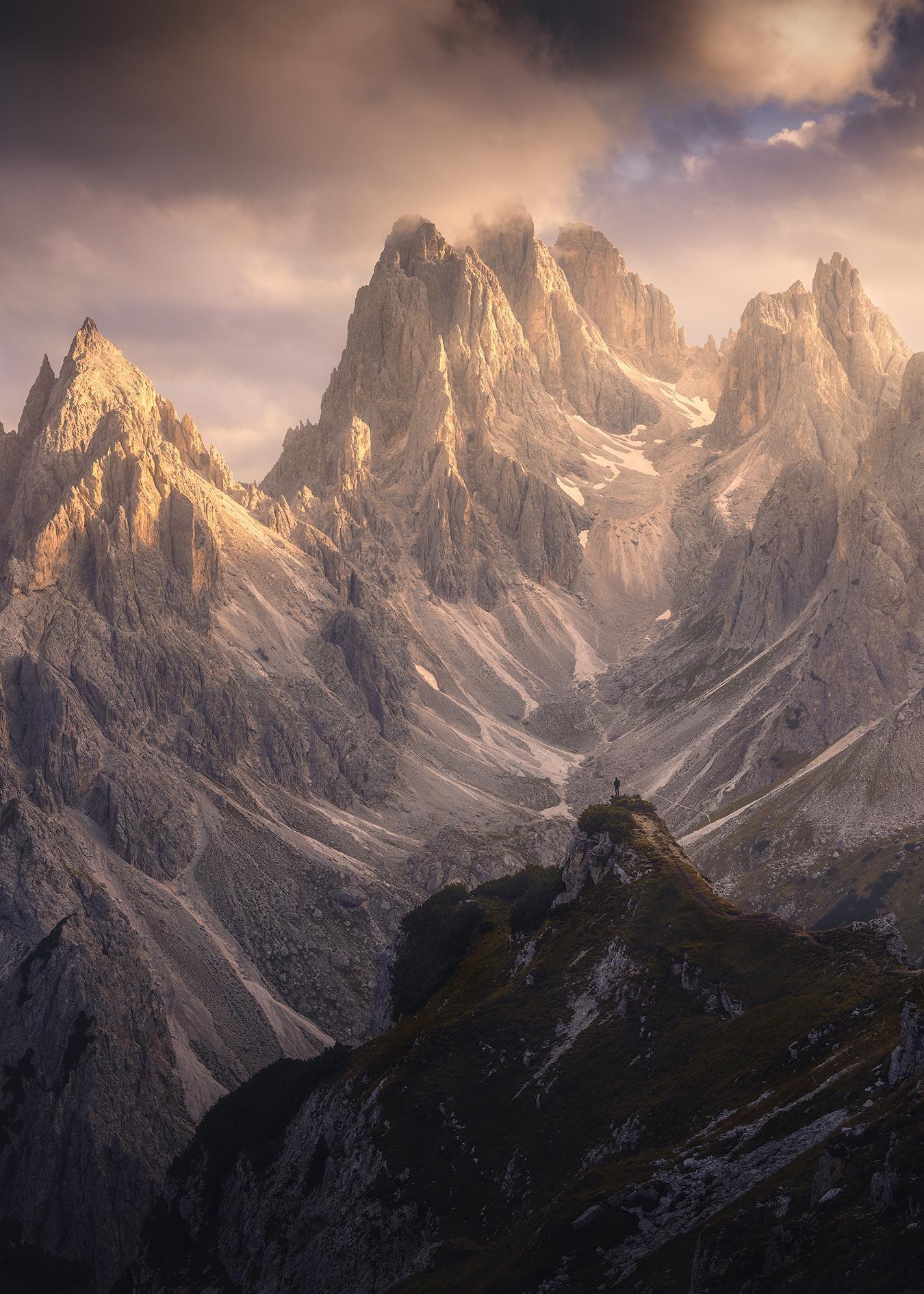 A photograph taken of Cadini di Misurina in the eastern Dolomites in Italy.

If you could only code in one language for the rest of your life, what would it be?

Python. Absolutely Python. Go is a better choice for high performance systems, but Python is just so easy and fun to code in.

I first explored veganism in college after reading a pamphlet and learning about what goes on in the animal agriculture industry. But I wasn’t fully aware of all the problems, and eventually went back to eating eggs, cheese, and even fish sometimes. I mean, chickens and cows don’t have to die for those, and fish are less sentient, right?

In 2020, I was informed by a friend that all of those adorable sheep roaming the British countryside were eventually killed. I then started to really look into what happens to the animals, like egg-laying hens living in battery cages, or male chicks being ground up alive when they’re born, or calves being taken away from their mothers, and all of the horrific conditions and procedures that farmed animals are forced to endure before they’re ultimately killed.

It didn’t even occur to me that fish, like all animals, have emotions, form bonds, and feel the same fear and pain as a dog or a human. All of these things are so obvious, but somehow easy to ignore or not realize because animal abuse is so normalized in our culture.

I now realize I should have been vegan this whole time. I believe that most people would become vegan if they stopped to think and investigate how their food is produced, and then simply aligned their actions with the morals they already hold. 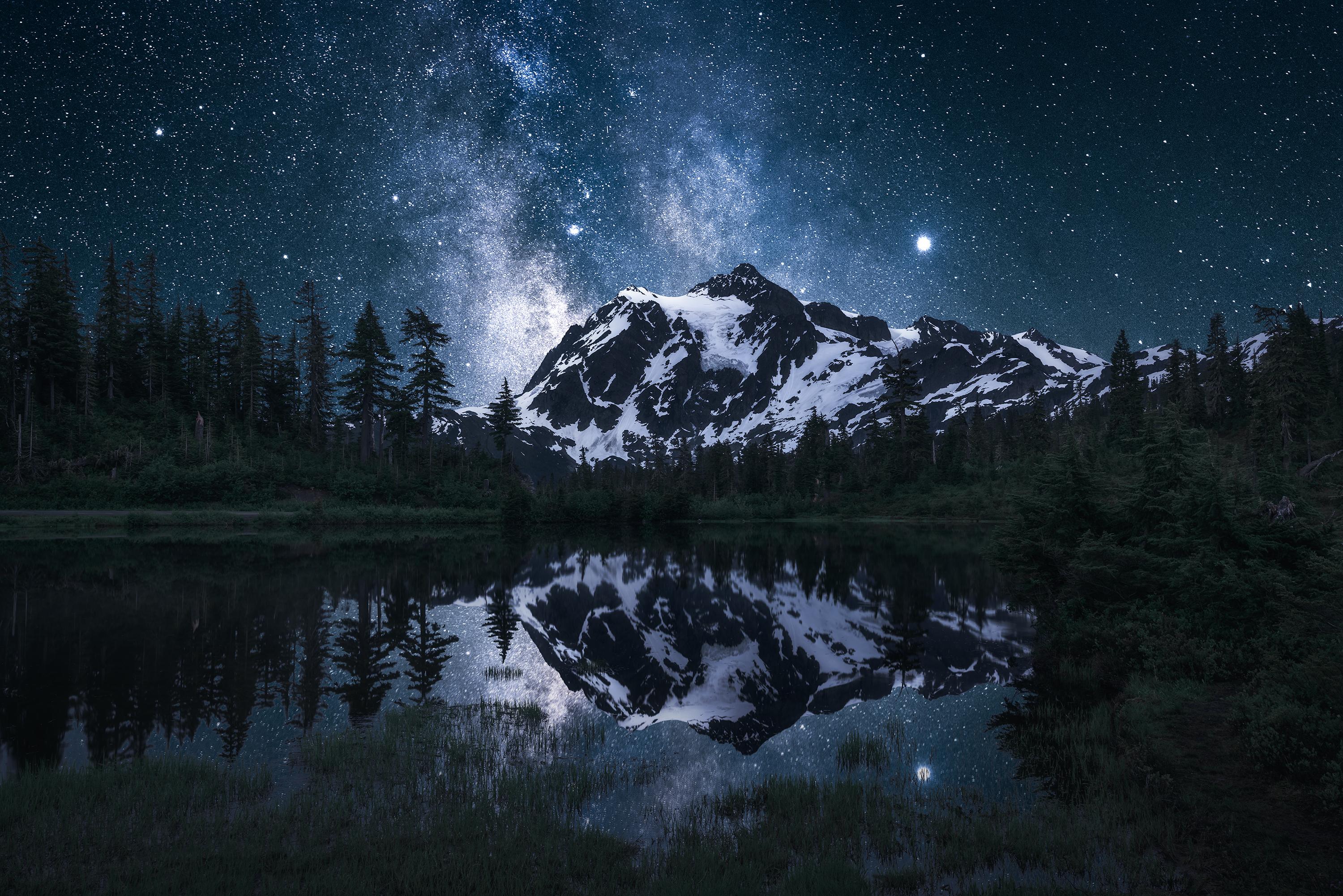 An original photograph of Mount Shuksan at night, captured by Yuriy.

What hobbies and things do you like to do in your spare time?

Hiking, backpacking, and landscape photography. I’ve always needed a creative outlet. Before it was music, but landscape photography has taken over. Perhaps it was that I was wanting to spend a lot of my free time out in the mountains or just being in nature, and photography is a natural fit for that. I like roaming and exploring nature while enjoying the calm and stillness, but also having a goal.

I’ve been working to get better at that for a number of years now, and recently started a (very small) YouTube channel to share some of my adventures. I’m forever behind on sharing this work since I’m trapped in an eternal battle with perfectionism and can spend ten hours processing just a single image.

What's the most beautiful place you've been to when hiking and backpacking?

Oof, that’s hard! I am blown away by the looming, Mordor-like spires of the Dolomites. They are some of the most dramatic mountains I’ve ever seen. The forests and lakes of Sweden have a subtle beauty that’s hard to describe or photograph, and I feel really at peace there. And finally, there’s something magical about the Pacific Northwest/British Columbia region. The rugged coast, wildflowers and mountains, giant forests, and the tranquillity of the many islands and waterways. It’s an incredible place to call home.

Is there any advice you'd like to tell your earlier vegan or non-vegan self?

Think critically, question everything, and figure out what kind of impact you want to have on the world.