Stephan is the team leader for Team Carrot! This team works on projects like 5 Minutes 5 Vegans, Daily Nooch and many more. Stephan is also one of our most senior team leads, recently celebrating one year with us. He is one awesome developer who never loses sight of our ultimate goal - saving the animals. We think you’ll like him just as much as us, keep reading to learn all about him!

How did you end up joining and finding out about VH?

When going vegan I was very interested in health and nutrition. I watched various YouTube videos on these topics and read How Not To Die by Dr. Michael Greger. After a couple of months, I had accumulated a lot of knowledge and realized that many people were suffering from horrible diseases they probably could have prevented. I wanted to get the word out, help people live longer, healthier lives, while also introducing them to the ethical argument. I started initiating conversations with people and quickly realized there was so much information, I couldn’t remember every little thing.

Being a developer, I decided to create a website where this kind of information would be readily available. It would allow me to quickly look up information and share this with people. The information would be supported by scientific studies, it would feature vegan alternatives, a list of documentaries to watch, etc. In short: a vegan cheatsheet. Turns out, this already existed: VeganCheatsheet.org!

On the website, it said: “This sheet is maintained by VeganHacktivists.org”. I clicked and learned about Vegan Hacktivists and the projects they had been working on. Amazing! A group of like-minded people, working on projects that try to spread the message and reduce animal suffering. I had to apply. 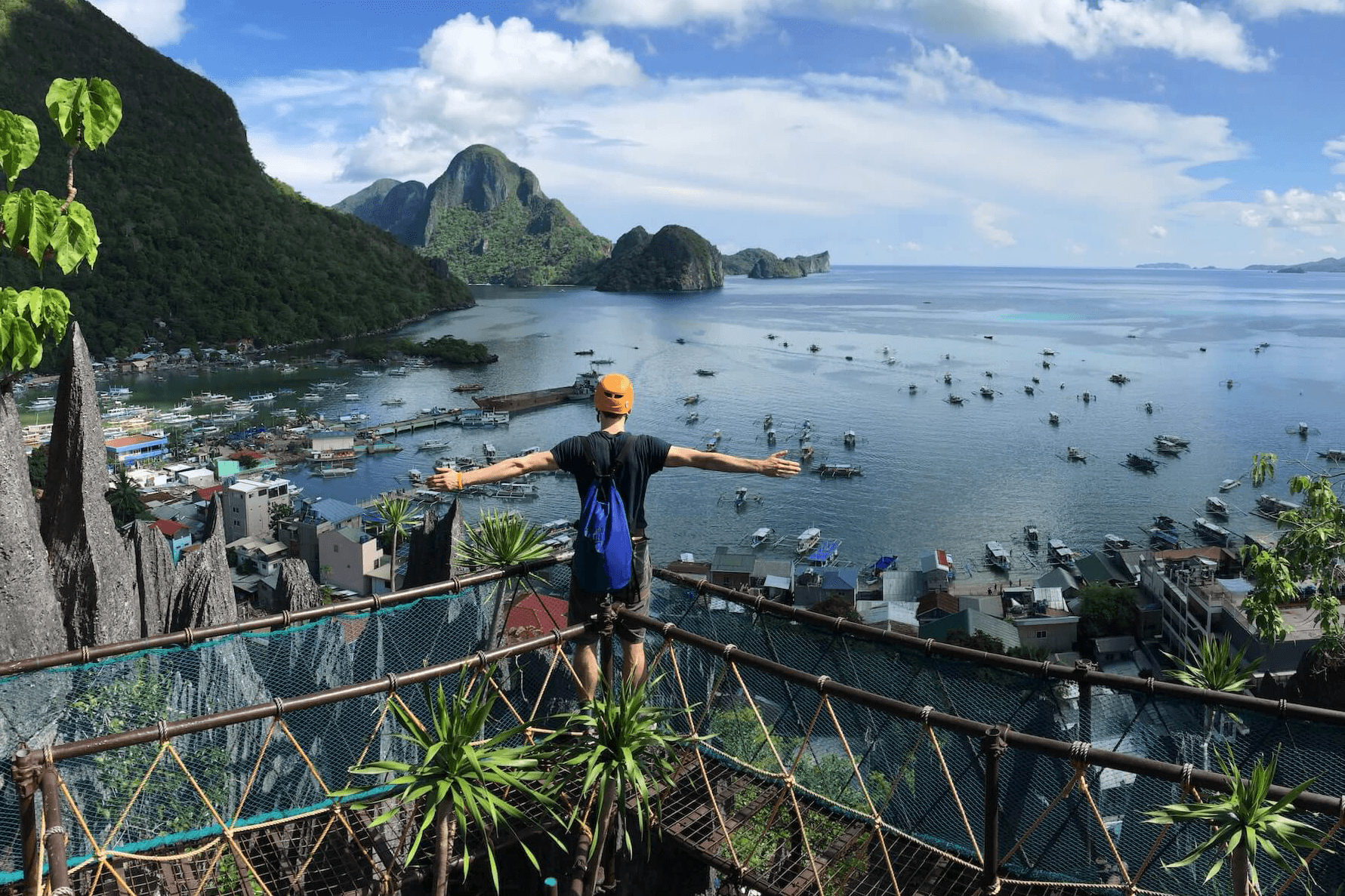 Stephan on his trip to The Philippines, enjoying the view of El Nido.

What's your role and how long have you been with VH?

On May 28th, 2020, I got an invitation to join VH. I was assigned to Team Carrot as a developer where we’d be working on the DailyNooch.org website. Five months later I was asked by the team leader at the time to temporarily take over. I’d only take their place for a week or so, but this turned into weeks, then months, and finally I became the permanent TL of Team Carrot.

During the day I work as a full-stack developer for a media company in The Netherlands, where we’re building a customer service website. I’ve been a developer professionally for about 8 years now, with a preference for frontend development. I’m passionate about creating websites that perform well, are accessible and have a great user experience.

The community. It’s amazing to work with like-minded people, people who want to prevent animals from being harmed. They are making the world a better place and I feel so honored to work with them. The animals are my motivation for putting in the work, but the community makes it fun!

Have you had any challenges you’ve overcome within your VH role?

Definitely. It’s sometimes difficult to manage time. There are only so many hours in a day and when you have a full-time job, a social life, household chores, etc, there’s not a lot left to work on VH projects. And of course, I’m not the only one with this problem, most people working at VH do this in their own free time. Because of that, projects take longer to complete and people lose motivation. Checking on people when they haven’t been active for a while and motivating them to work on projects can be challenging at times.

At the beginning of 2019, during the lunch break at work, a vegetarian colleague of mine was talking about people eating meat. She argued that it wouldn’t hurt anybody to give up meat at least once a week. Back then I couldn’t imagine eating a single dish without meat, but when I went to the canteen at the university in the evening, they had vegetarian and vegan options. I decided to give the vegetarian dish they were serving a try and ended up really enjoying it! This led me to try out other vegetarian and vegan dishes.

A couple of months later I was browsing YouTube and stumbled upon a video called “How Eating Plants Changed My Life", which was a talk by Nimai Delgado. I watched the talk and learned about the negative health effects of eating animal products and how you can thrive on a plant-based lifestyle. One thing that particularly stood out to me was “Plant-based diets have been shown to decrease the risk of prostate cancer by up to 35%”. I was shocked. Nobody had ever told me that before. So I started looking more into the health claims and it convinced me. I decided to no longer buy meat and instead use meat alternatives.

Slowly I stopped eating beef, then chicken. Giving up eggs and dairy proved to be more difficult because I didn’t know what else to eat. But after doing more research I was once again convinced this wasn’t in my best interest, so I stopped buying those products. I was entirely plant-based! Then in May, I travelled to The Philippines and quickly found out it was impossible to find vegan food. I didn’t know what to do, I wasn’t an ethical vegan just yet, so I went back to eating animal products. At the end of my trip, on my way home, I realized that I felt much better when eating plant-based and so I decided to be fully plant-based.

It was later when I learned about the ethical argument. I watched a TED talk by Earthling Ed and other videos explaining how animal agriculture works. I watched documentaries like What The Health where they also covered the ethical argument, and it completely changed my worldview. Innocent animals are being bred into existence, they are separated from their mothers, imprisoned, sexually abused, physically abused, and then murdered, just so that people can eat their flesh and drink their secretions. It’s not right! I instantly went from being plant-based to being an ethical vegan. 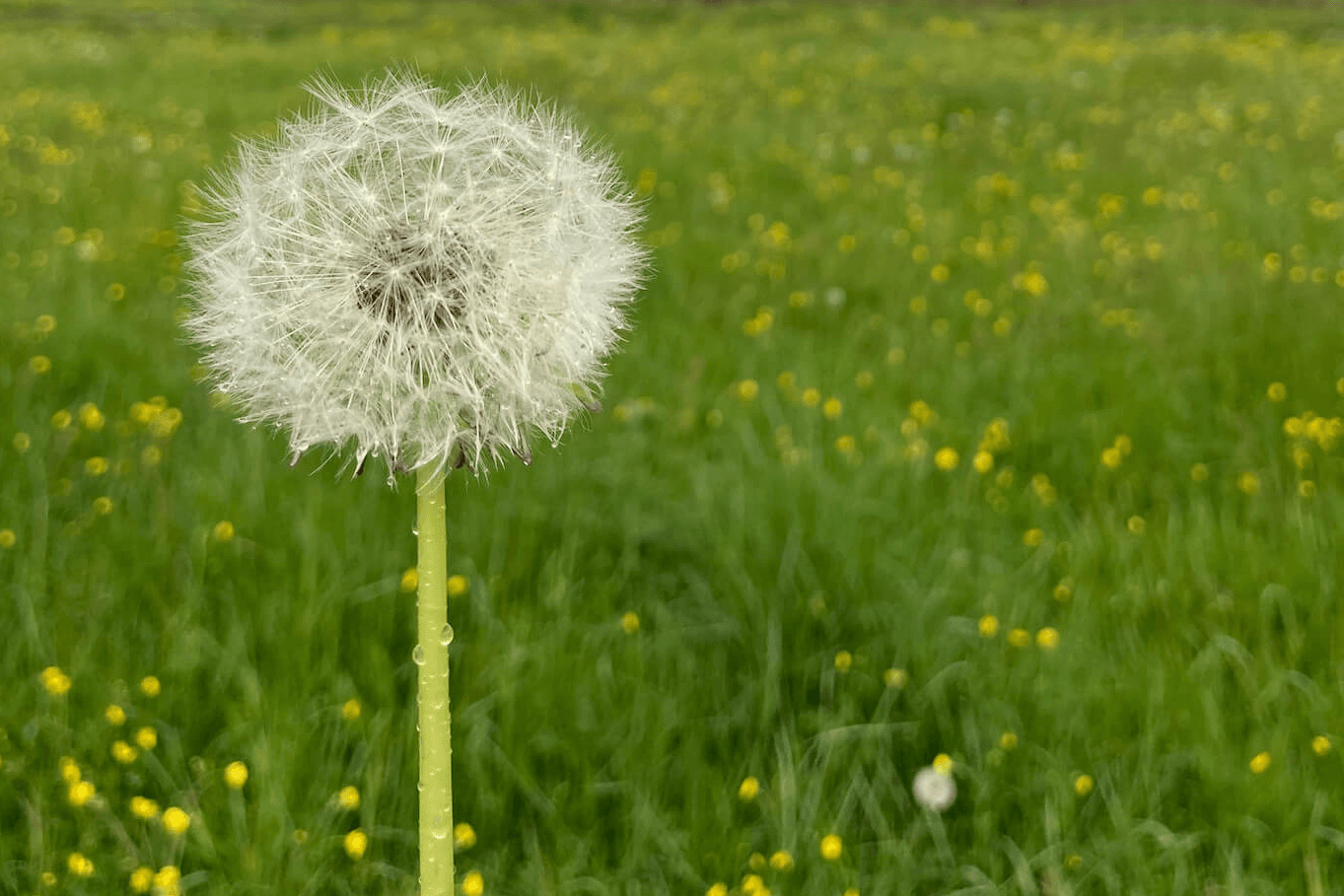 A photo taken by Stephan during a hike through a forest in Amsterdam.

What do you like to do outside of working on VH?

In my free time, I enjoy going for hikes and enjoy nature. I also like working out and travel to as many countries as possible while listening to Latin music!

What is one piece of advice you’d give to yourself in your early stages of veganism?

Focus on the victims. Going vegan has many great benefits like improved health, lower impact on the environment, lower risks of zoonotic diseases and antibiotic resistance, but none of that matters. It’s about the animals. It’s about being against systemic oppression. Learn about the horrific things happening to animals and put yourself in their position. They experience pain, pleasure and they deserve a life free of suffering. Don’t be the reason other earthlings have to suffer.

What is one anti-vegan argument you can’t stand?

There are so many anti-vegan arguments I can’t stand, haha, but if I have to pick one, I’ll pick “Plants feel pain”. Apparently chopping up a carrot is the same as chopping up a cow. Plants aren’t sentient, they don’t have a nervous system or a brain, they don’t experience emotions. And it turns out that animals eat plants! So by eating animals, they are indirectly causing more plants to “suffer”. It’s a ridiculous argument.

Hope you enjoyed learning all about Stephan. Check out our last meet the team post all about our founder, David! 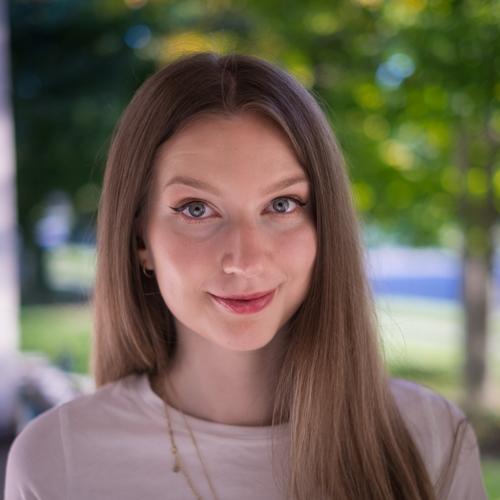 Hey, I'm Emily! I'm Canadian and I've been vegan since 2018. I have a variety of passions including slow fashion, sustainability, and of course, animal welfare. Thanks for stopping by! 🐷🐰🐮

Hey, I'm Emily! I'm Canadian and I've been vegan since 2018. I have a variety of passions including slow fashion, sustainability, and of course, animal welfare. Thanks for stopping by! 🐷🐰🐮