How did you end up finding and joining the Vegan Hacktivists?

After becoming vegan I joined the subreddit. It not only appeared on my reddit feed, but I also enjoyed actively browsing it, looking at memes and reading other people’s opinions on different matters. I learned a lot from it, from accidentally vegan things to products that look vegan but aren’t. Every single time I entered I saw the VH pinned post, looking for developers.

As time went on, I felt the need to become an activist increase, and instantly thought of VH. I applied and got in!

How long have you been with VH, and what's your role here?

I joined in April of this year! I started as a developer for Team Banana. When they decided to create a JavaScript team I offered to help, and was since then the lead of Team Avocado. That was in late June, so I’ve been part of the team for more than 6 months, and a Team Lead the past 3 months.

The main thing I love is how we all have a common goal and work together to achieve it. No matter who, if someone appears on the Discord I know our values are the same and we’re fighting for change.

On the same note, the whole team (not just Avocado) is wonderful. They’re the nicest people you’ll ever meet, and I enjoy hopping into calls with them. Last week I played video games with them for the first time, and I had a great time. Looking forward to another round! Thanks for putting up with my pronunciation and letting me practice my English!

I don’t know how they can do so much with the time and resources we have. It’s simply impressive.

Have you had any challenges you’ve overcome within your VH role?

The biggest challenge I face is keeping our developers active. Some of them overestimate the time they can commit to us, others get tired. It’s our job to keep them engaged and motivated for the cause, and it’s something I’m still working on improving.

Can you give us a hint about the next project Team Avocado will be starting?

It’s not set in stone, but it will allow anyone to do activism on a daily basis!

We usually try to release projects every 2-3 months, but because development of the new website is still ongoing (cool features incoming!) we’re doing something a little more simple than usual.

I started being a pescatarian a few months before the pandemic. My girlfriend tried to become vegetarian twice before, but had a lot of pressure from her family to start eating meat again. When she tried again, I supported her and we started cooking vegetarian meals for both of us. When I realized that a month had passed without eating meat, with no cravings at all, and I was really enjoying the food, I decided to stop. That was in January 2020.

Sometime during September an Earthling Ed’s video appeared on my Instagram feed. It was about fish, the environmental impact of fishing, and the ethics behind eating it. We were already thinking about stopping eating fish, but I went down the rabbit hole and started watching more of his videos, and decided that I HAD to be vegan. I told my girlfriend everything I learned, and she was onboard with me. It took maybe until next month to finish our non vegan products.

I’d like to think that I would be vegan on my own, but who knows. Being with someone who shares your views really helps when all of your family and friends think you’re hurting yourself or simply don’t care.

What kind of day job do you have outside of the Vegan Hacktivists?

I’m a PhD student! I’m working on some software for crime scene generation for forensic training, and my thesis will probably be about furnished room generation.

Before this, I was a full stack web developer for two years, which is where my real coding experience comes from.

What hobbies and things do you like to do in your spare time?

Mainly, complaining about not having spare time.

Other than that, there are a lot of things that I love doing! I don’t always have the time, but those things include playing games (both video games and tabletop with friends), rock climbing, scuba diving, going to the gym and playing the guitar. I’m on an escape room spree too!

Some of the things I want to do but haven’t yet include playing the violin, parachuting and hiking. I hope to hike all over Iceland someday :)

What books would you recommend to someone reading this?

I’d like to be able to recommend some ethics or philosophy books, but I can’t.

I enjoy reading crime, fantasy and fiction books. The Kingkiller Chronicle by Patrick Rothfuss is my favourite saga so far, I recommend it to anyone who likes fantasy.

House of Leaves by Mark Z. Danielewski is another book that sucked me in for many days until I finished it and it’s totally worth a read. It’s one of those books where it’s mandatory to buy the physical copy.

Right now, I’m reading The Stormlight Archives, by Brandon Sanderson, and it’s a really good read. I love how all small details in his stories end up making sense in the end.

We heard you like metal music! Do you have any artists you'd recommend?

Of course! I’m especially into prog metal and metalcore, but will listen to almost anything. Feel free to shoot me some suggestions!

I’d like to start with Architects, in part because they’re a fully vegan band and because their music rocks. My beloved Sea Shepherd t-shirt was bought during one of their concerts.

Other bands I enjoy include Gojira, Tool, Behemoth, Batushka and Low Roar (not metal but very cool). I have more than 1000 songs in my library right now, so it’s very hard for me to choose!

What is one anti-vegan argument you can’t stand?

Veganism is not healthy. The problem with it is that it's not something you can refute once. I discussed this with many people, and every time they came back with something different to say, from an anecdotal malnourished friend’s friend to the importance of milk in growing children, B12… It feels like they’re actively looking to discredit you. The main goal of veganism isn't a healthy lifestyle, but a kind one to every other living creature. Despite that, the health benefits are multiple and well documented, and misinformation on this topic is hurtful to the cause.

Not an anti-vegan argument, but I find it sad when people just don’t care. They know the facts, farming practices and numbers, and determine that causing suffering to the animals is worth it. How can I argue against that?

Thanks for doing this with us Joaquín! 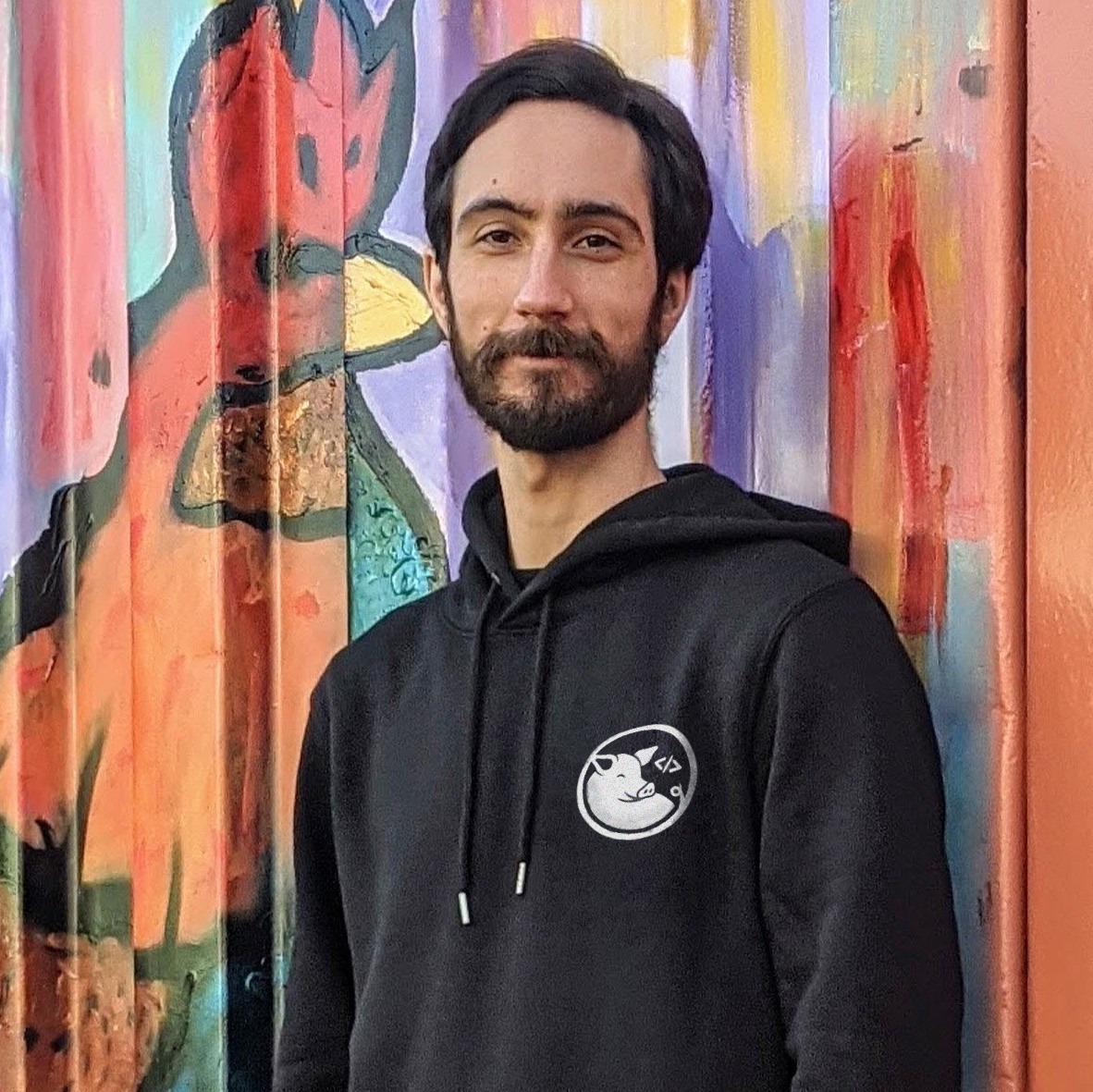 Organizations Do Not Build Movements – People Do
Read more