We're excited to introduce to you one of our newest team leads: Jérémy Touati, who hails from Paris, France. Read more to learn more about his recent transition to veganism, his hobbies, and what is his favorite lazy vegan recipe.

How long have you been with Vegan Hacktivists, and what is your role here?

I've been with VH since April 2021 and I’m the Team Leader of Team Watermelon. We work on Activist Hub, an outreach dashboard and social network for activists around the globe.

What are some challenges you've faced in your role? Share with us if, and how, you were able to overcome them.

I was initially recruited as a developer, but shortly after, I received a message from our Team Leader at the time (Evan) who asked if I wanted to take over his role. I was just about to start a new job at pretty much the same time, and I really wasn't sure I’d be able to find the right balance between the two without slowing VH down, so I almost turned it down.

I ended up accepting, and I believe it turned out alright—mostly thanks to the help and support from David and Evan.

What kind of professional work do you do outside of the VH?

Well… I'm also a web developer for a company that builds software that aims to increase and facilitate employee engagement. I work there four days a week. My dream, however, would be to work full-time as an animal rights advocate. Hopefully sometime in the future.

What do you do in your spare time?

I have a pretty simple life. I like to spend time with friends and family, read, play games, and meditate (though not nearly enough lately 👀). On the vegan side of things, other than VH work, I also spend a lot of time watching and learning from animal rights advocates on YouTube (especially street interviews) and doing my own little activism. One of my favorite online things to do recently has been responding to Facebook comments from meat-eaters outraged at Elwood's Dog Meat—a vegan fake dog farm using the same communication strategy as the meat industry—and pretending to defend it.

Since around the summer of 2020, though it wasn't quite a cold-tofurkey transition. I'd been an “almost vegetarian” for a few years and I was horrified at every investigation conducted by L214, a French organization that regularly exposes cruel practices within the industry. During the first lockdown, I finally took the time to dig into those practices myself. I realized how common they were, especially in the dairy and egg industries—about which I was clueless at the time. I then researched plant-based nutrition and attempted to find any moral arguments against veganism, but couldn't find any. I wish I had done that research so much earlier.

If you could go back to that time (in your early stages of veganism), what advice would you give yourself?

I would probably tell myself to expect dozens of people, including otherwise smart folks that I used to respect a lot, to greatly disappoint me when trying to defend the indefensible by endlessly hopping from bad excuse to worse excuse.

I’d also tell myself to be prepared to view the world quite a bit more negatively than before, but also to never regret having opened my eyes and to keep doing my best to speak up for the voiceless and (hopefully) plant compassion seeds in people’s minds for the rest of my life.

You’re based in Paris, arguably one of the world’s culinary capitals! How is the vegan food there, and what’s your go-to restaurant?

Paris is quite inconsistent when it comes to vegan food! On the one hand, there are more and more vegan restaurants and it's really easy to find them in most parts of the city. On the other hand, it feels like 9 restaurants out of 10 don't even know what vegan or plant-based means, i.e. literally all their meals contain animal products. For this reason (among others), I avoid going to non-vegan restaurants as much as I can. My favorite vegan restaurant is probably Le Potager de Charlotte! Absolutely amazing flavors, and its owners are great people with admirable ethical values. Plus it’s very close to where I live.

How about when you’re cooking at home?

I'm honestly a terrible (and not to mention lazy) cook, so my “recipes” tend to be just randomly mixing a bunch of foods I like together. My favorite dish has got to be tofu broccoli rice (generally with soy sauce), such as this one.

What are some software programs or apps that you use in your day-to-day life and could not live without?

If I had to mention one that any vegan (or aspiring vegan) needs to know about, it would be Happy Cow! Other than having a super cool name, it lets you find vegan (or vegan-friendly) restaurants around, no matter where you are. I also love TickTick as a task manager/to-do list. The fact I can use a global shortcut and type something like “call Bob tmr 5 pm” and have it auto-detect the reminder date is the best thing ever. Finally, as a coder, IntelliJ Idea (or any of its little brothers such as PhpStorm) is like the ultimate Swiss Army Knife that makes any developer’s life so much easier.

Can you give us a hint about the next project that you will be starting?

Sure thing! I've actually started working on a new project last week. It's a beautiful website that provides information about wild animal suffering in an interactive and accessible way. It is a vast and complex topic that's often overlooked and that many people, including vegans, tend to lack knowledge about. We're aiming to release this project soon, so stay tuned!

Let’s wrap things up with some quick personal facts! Fill in the blanks:

Thank you so much for your time, Jérémy! 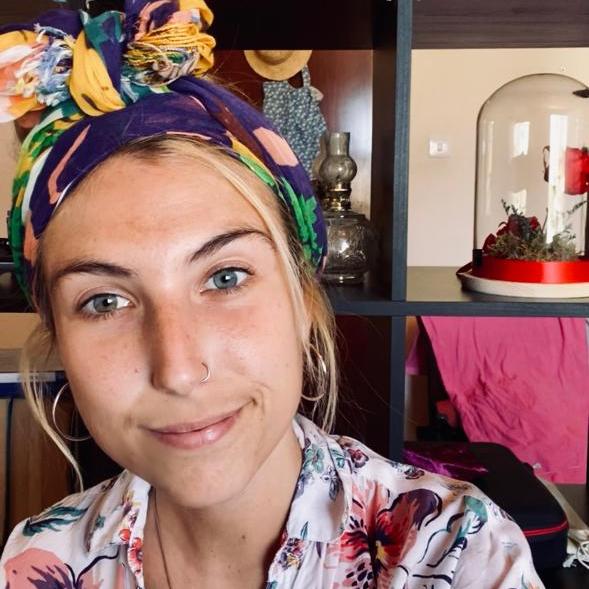 Lois lives in Cyprus: an island with more cats than people! When she's not busy running her digital marketing company, you'll most likely find her in, on, or under the water.

Vegan Linguists User Case Study: A Translation Service for the Animals
Read more
About the Author

Lois lives in Cyprus: an island with more cats than people! When she's not busy running her digital marketing company, you'll most likely find her in, on, or under the water.