lauren Ornelas is the founder of Food Empowerment Project (F.E.P.), a vegan food justice nonprofit that promotes veganism, fights for farm workers, works on lack of access to healthy foods in Black and Brown communities, and encourages people not to buy chocolate sourced from the worst forms of child labor.

She has been active in the animal rights movement since 1987, having started the first high school animal rights group in San Antonio, Texas, and then Action for Animals, a group she launched in college and that is still active in Austin. In 1999, lauren was asked by Viva!UK to start and run Viva!USA in 1999. As the leader of Viva!USA, lauren investigated factory farms and ran consumer campaigns, working with activists nationwide.

In cooperation with other activists, lauren persuaded Trader Joe’s to stop selling duck meat, convinced Pier 1 Imports to stop using feathers, and was the spark that got the CEO of Whole Foods Market to become a vegan. She also helped halt the construction of an industrial dairy operation in California. Watch lauren’s TEDx talk on The Power of Our Food Choices. Learn more about F.E.P.’s work at www.foodispower.org.

We are very impressed by your decades-long career in animal rights activism, which started early in high school. You investigated factory farms, launched consumer and corporation campaigns, and helped pass legislation. Could you share with us your experience and lessons learned in working with such a wide-range of tactics?

Thank you so much for your kind words and for this great question. First and foremost, I think I recognize how a variety of tactics is needed to create change as different methods appeal to different people, from activists who want to get involved to those who are willing to change their lives. I believe the key is consistency and integrity—we stay honest to who we are fighting for and why.

In terms of lessons learned, I realized that working to pass legislation for non-human animals was not for me. Too many compromises need to be made, and I never felt comfortable with making them. What I want is pretty clear: I don’t want human animals hurting them, their habitats, or their offspring.

I very much appreciate people who can do this, but I don’t think it is a good fit for people like me; however, I still support various pieces of legislation, but I just don’t have the stomach for the politics, and sometimes that is what the votes come down to rather than the actual importance of the issue.

Food Empowerment Project (F.E.P.) stands against injustices toward animals, people, and the environment. For instance, the organization is known for its comprehensive Chocolate List, which lists companies that offer vegan products and do not engage in child labor and slavery. We also found your most recent campaign, One Glass at a Time!, to be a well-researched resource focused on cruelty toward cows and goats, while also highlighting environmentalism, colonization, and worker exploitation. How are you able to tackle so many topics head-on, while also encouraging changes in individual behavior and recognizing the institutional and systemic racism that shape our lives?

I guess that is the gist of our work. We show how so many of these issues are connected, and honestly, how difficult it is to pull them apart. Unfortunately, racism is inherent in our food system, and it has been for a very, very long time. We talk about people eating their ethics as it is very important that those of us with privilege take responsibility for our decisions each time we eat. We know many do not even have the ability to eat one meal a day, and it’s one that I like to ask people to not look at as being overwhelming but as an opportunity.

However, we know that it is not just about what we eat and our choices. It is also about making sure that we use our voices for justice and compassion and at the same time amplifying the efforts of those who advocate and fight for their own rights—like the workers.

I think by consistently showing how these issues are connected (including race) and acting on them, we will pull these various forms of oppression, exploitation, and hate down together.

When it comes to supporting farm workers, we support the campaigns called for by the workers themselves. As a vegan organization, it would be difficult for us to support a campaign that involved animal products as we would already want people not to consume animals even if any demands were met. But with produce workers, we can help and we can have an impact. We can show true and honest solidarity because for many of us, we went vegan because we did not want to contribute to the pain and suffering of others. Consistency would therefore mean that we would feel the same about human animals.

When it comes to our work on lack of access to healthy foods, we follow environmental justice principles, and we only do our work when we are asked by community members. We do not go into a community to do our work without their request.

From San Jose County promoting F.E.P. and the cities of San Jose and Vallejo recognizing and honoring your work as an organization, there is clearly a lot of community love and recognition. What is F.E.P. doing to cultivate such a supportive community at the city and county-wide level?

I think the community and policymakers understand that we are there to serve the community. Our work is done without any expectation of compensation, and we provide the data to local universities and local health agencies at no cost to them.

We are doing it for the health of the community, and again, by increasing the availability of fresh fresh fruits, veggies, and “meat” and dairy alternatives, we are not only helping people to have the option to try veganism, but this also allows us to work on veganism in that community—when it actually makes sense—when they can actually go vegan if they want to.

In terms of vegan education, we love that F.E.P. has culturally-relevant and diverse resources that offer plant-based recipes. These are practical guides to transitioning to veganism, and raises awareness of how colonization has impacted the dietary practices of these countries' cuisine. What have you found to be effective in vegan outreaching, and how has your messaging around veganism been received by the communities that you work with?

Thank you so much. It really means a lot that you appreciate our work. Our message about veganism has been overwhelmingly positive in these communities.

Again, as we work in impacted communities and with those who lack access to healthy foods, our work is not about pushing veganism as much as it is about showing them how delicious it can be while giving them a different perspective of vegans and veganism. For most of these communities, just having fresh fruits and vegetables is difficult if not impossible. When I went vegetarian when I was very young and couldn’t stick to it for financial reasons, I felt a tremendous amount of guilt for eating animals. I guess I don’t want that for others—we do talk about the animals, but our work is geared toward creating change. The farm worker community (which includes farm workers and activists who work on the issue) is often very surprised to hear vegans talking about farm worker justice issues in the way we do and very much appreciates it. We also helped to put on a farm worker appreciation day where we were able to ensure that all of the food was vegan, and at the accompanying vegan food drive, it was a non-issue. Also, in the communities where we’ve worked, we have reminded people that we are a vegan organization, and they were okay working with us so there is no issue there either. However, in these communities, many have difficulty being vegan, not only due to the lack of access because of cost and/or the actual unavailability of vegan alternatives, but also because of the various medications and how they interact—for example, you have to be very careful with foods high in Vitamin K (such as deep green vegetables) when you are on blood-thinning medication.

I have heard of events where animal shelters want to serve vegan meals and there are complaints by attendees (as if they can’t do one meal vegan), but we have never experienced that situation at all. In fact, there is such joy and excitement in the way we do our work where people are excited to try new foods and eat healthier.

Thank you so much for your time, lauren! 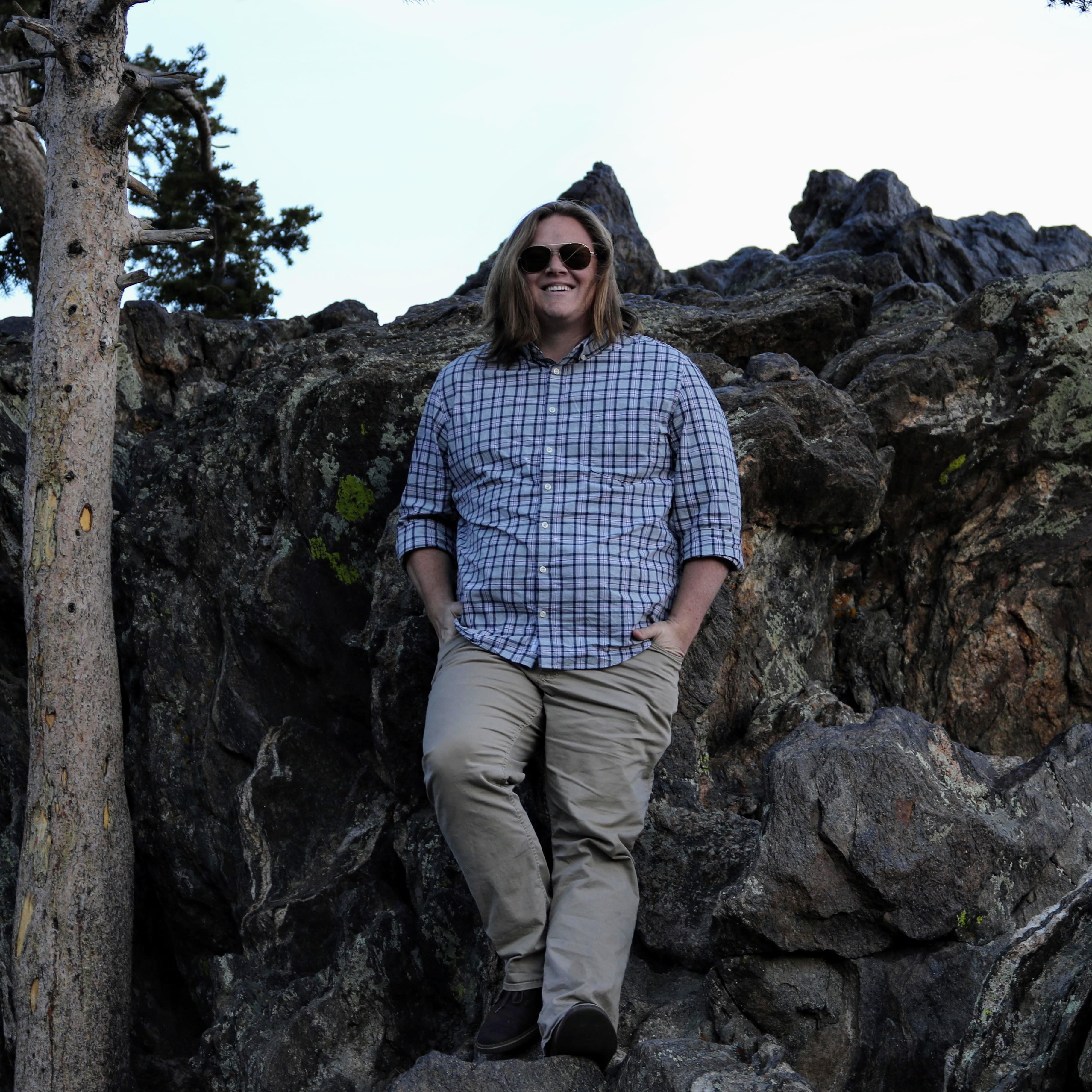 Based in Pontotoc, Brian Linkous is a freelance writer and member of the communications team at Vegan Hacktivists. In his free time, he enjoys playing video games, hiking, and crafting.

Behind the Scenes of WildAnimalSuffering.org
Read more

Highlights and Happenings from AVA Summit
Read more
About the Author

Based in Pontotoc, Brian Linkous is a freelance writer and member of the communications team at Vegan Hacktivists. In his free time, he enjoys playing video games, hiking, and crafting.