Highlights and Happenings from AVA Summit

Last week, members of our core team descended upon Washington, DC for the inaugural AVA Summit. We had team members hailing as far as Europe (namely, England, The Netherlands, and Spain) and as close by as neighboring state Maryland.

To say that it was a successful event is to put it mildly. Beyond the conference convening people from over 40 countries and curating a diverse line-up of speakers, it was a wholly unique opportunity for our team to bond. The seven of us dined, swapped stories, cracked jokes, and got to personally know each other beyond what already tethered us: our dedication to our work and a deep commitment to animal liberation. Though the conference was just four brief days, the ability to convene in person, especially after nearly two years of COVID and given the global and remote structure of our team, carried that much more weight.

We were, above all, thankful to be able for this trip and the opportunity it offered us. We rounded up some memorable and note-worthy happenings:

On a more serious note, we’d like to leave you with a personal share-out of the topics and themes we most enjoyed during talks and sessions. Below, we impart with you what've learned, what made us reflect more deeply, and what moved us into action:

On effective fundraising: “As someone who’s never had to pitch ideas or ask for donations before, Meghan O’Brien Lowery’s session helped me understand the funders’ perspectives. She outlined what funders are looking for in a pitch and how to organize proposals in a way that respects their time and aligns with their interest (having various proposal versions is a must!) With a House of the Dragon-themed deck, Meghan also delivered her talk with an incredible amount of energy and turned an otherwise dry topic into something fun and upbeat.” —David

On connecting to your audience: “Many of the sessions I attended were focused on communication, storytelling, and social media. From We Animals Media, we explored the biggest challenge that activists face: How can we communicate research in a more digestible way? It made me reflect that there are so many groups that are in need of visual support and solutions to get their message out there. From Gen V, I learned to never underestimate the power of individual stories, whether it’s people becoming vegan or animals being rescued.” —Kate

On fair pay: “I was happy to see Leah Garces from Mercy for Animals talking about compensation in the animal rights movement. I’m a huge advocate for fair pay, and it has always been tough for me to see people being underpaid because their work isn’t valued, or because their passion is taken advantage of. It’s a topic that I discuss frequently, especially in the context of tech workers, since our work and compensation are rarely understood outside of the industry. If we want to attract and retain skilled people as a movement, we need to make sure they’re taken care of. Low wages can only be tolerated for so long before people decide to take their talents somewhere where they’ll likely be paid much more for doing much less work.” —Gerard

On the future of animal testing: "As someone close to the academic world, I found Dr. Faraz Harsini's talk (of Good Food Institute) on animal testing to be informative about standard practices and practical in its approach for safer, cheaper, and kinder alternatives. Having personally witnessed animals as test subjects, I find that such experiments serve as opportunities for publishing research rather than meaningfully contribute to science or humankind. The huge majority of tests performed on animals can't be replicated in human and there are alternatives on the market: computer models, artificial skin for irritation tests, and organs-on-a-chip, which are cell cultures that simulate the mechanics and responses of an organ. While there is so much work to be done to explore and move toward these innovative solutions, it is humbling and exciting to see all the ways in which people are working toward contributing to a better world for the animals." —Joaquin

On equity and inclusion: “The most impactful session I attended was ‘Collective Liberation: Decolonization and the Responsibility of White Wealth’ presented by Eloisa Trinidad, Chris Eubanks, and Connie Spence. In contrast to some of the other sessions I attended, the panel did not paint a rosy view of the movement, but instead boldly challenged our assumptions and highlighted real, critical barriers that we all need to be aware of in our work. Connie discussed how farm legislation and lobbying is a particularly neglected area of focus that may have an enormous impact, which has inspired me to turn more of my attention in that direction moving forward. Overall, this session pushed me and got me thinking more than any other.” —Kate

On collecting user feedback: “Sessions are more than just absorbing knowledge, they can be active forms of learning and engagement with subject matter experts. After one session, I spoke to the folks at Animal Ethics and Wild Animal Initiative about one of our latest projects focused on the suffering of wild animals. We discussed a range of topics, like how population control methods can be deployed humanely, as well as solicited feedback about the project. They helped answer questions like: what is the best way to visually represent these animals? And how could our project better depict what are current solutions for these animals? The opportunity to collect this feedback in real time, from those directly working on these issues, was invaluable.” —Stephan

On self-care and sustainability: “Brialle Ringer, who I know from her work leading the Global Majority Caucus, spoke poetically about listening to our body as the source of intuition and doing things that invigorate us. She provided specific examples like breath work, dancing, and therapy to heal our bodies, while encouraging us to rethink our relationship to work. Rather than abandon ourselves and our personal needs in pursuit of social justice, Brialle encourages us that another way is possible: ‘You can do the work that you love that is meaningful and contribute to the causes you care about while feeling good and grounded about who you are and fulfilled and sustained in the work.’” —Malina

On supporting communities of color: “On a similar note, a common topic of discussion at the conference was the lack of funding received by organizations led by people of color. As a result of this, I’ve started brainstorming ways that Vegan Hacktivists can help support POC-led organizations. At the very least, I’m going to do my best to make sure that we have no blind spots when it comes to our capacity building, but ideally, I’d want to figure out how we can get such organizations the funding that they deserve.” —Gerard

We returned from DC energized and refreshed by the feeling of camaraderie that comes with in-person gatherings. We were impressed by the works of fellow advocates in the movement, and hopeful for the future of veganism and farmed animals. It was a unique opportunity to feel community—not only within our team, but to feel seen, understood, and a sense of belonging within this larger collective that imagines a better, more kinder world for all. And it further instilled us with confidence in the impact of our work. We came back home, some of us jet-lagged, certainly, but all of us profoundly moved and motivated. 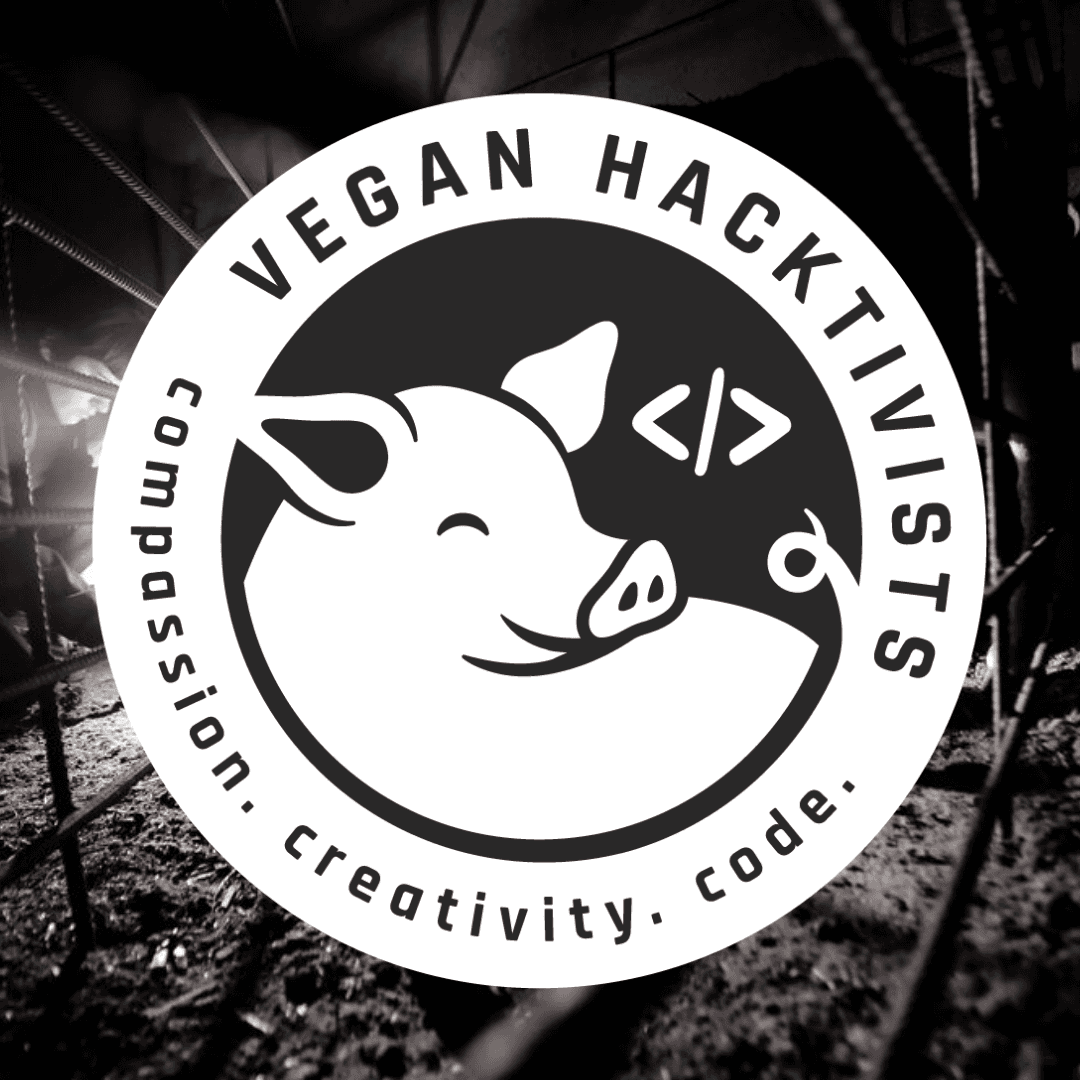