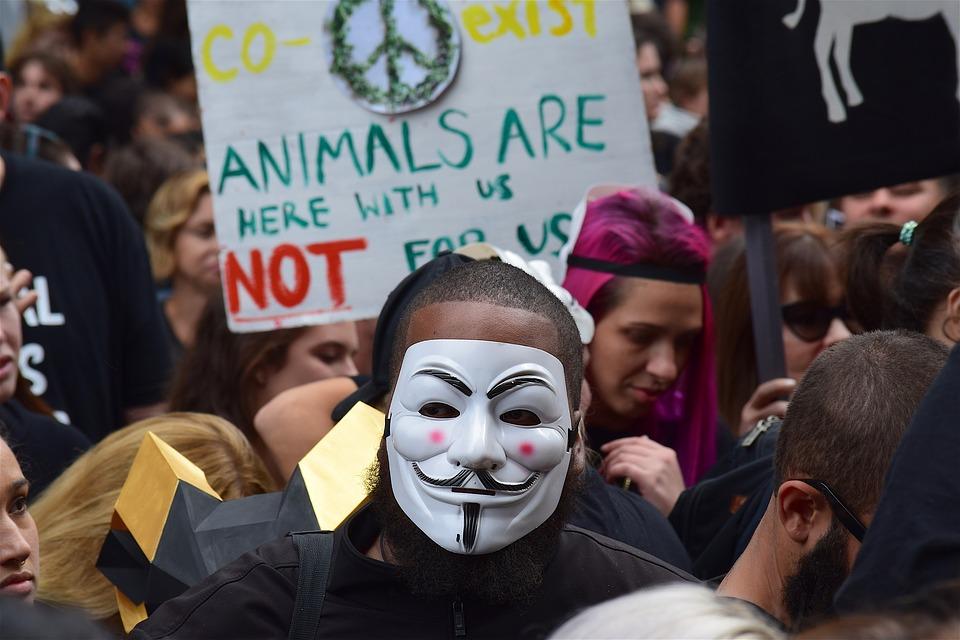 It's Time for Veganism to Go Back to Its Roots

At last year’s Democratic Climate Crisis Town Hall, senator Cory Booker, vegetarian since 1992 and vegan since 2014, took a less than inspiring stance when saying that "Whatever you want to eat, go ahead and eat it."

While Booker’s words reflected a rather disappointing commitment to the cause of Animal Welfare and environmentalism, it also echoed a fear of the growing resentment towards vegans that had already been brewing for several years. This fear goes far beyond the U.S. A 2015 survey revealed that vegans and vegetarians face prejudice on par with other minorities. These prejudices had reached toxic levels by 2019 when this philosophy of kindness found itself in a wave of virtual aggression.

However, now that the current health crisis has delivered a severe blow to the meat production, we could make use of this momentum to turn the attention away from the individual and back to the movement. Booker took a similar approach since stepping back from the Presidential Elections and put the gloves back on in his fight against Big Business. While he aims to gently introduce the topic of veganism by reconciling it with small farmers suffering from the titanic corporations waving the scepter, it should bring the rest of us back to the drawing boards as well.

In short, let’s bring the movement back to its roots as a vehicle for environmental and social justice, and attack the systematic issues that cause suffering on a global scale.

When it comes to the question of when things will start to change for farmed animals, it is now. But it is happening slowly. The conversation has opened the floor for scientists and researchers to tweak the public's perception of what these animals should mean to us. In their 2017 review essay The Psychology of Cows, Lori Marino and Kristin Allen expand on the intellectual and emotional range of cows, effectively moving the attention away from their main purpose as a mere food commodity.

Marino and Allen list research performed in Learning and Cognition, Personality, Social Complexity and Emotions, which shows cows as intelligent and complex creatures much like they have demonstrated with pigs, chickens and other farmed animals. Animal Rights Organizations capitalize on these traits that we are have grown accustomed to perceiving as valuable and project our love for our companion animals, onto those who are left behind. 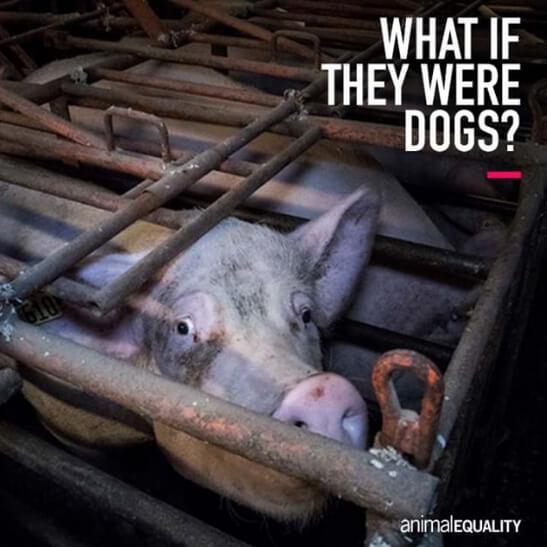 Ag-Gag Laws: You Didn’t See Anything

Of course, speciesism can only effectively be deconstructed when our freedom of speech is not undermined. 80 billion animals are slaughtered for meat consumption every year. Abuses are rife from pigtail docking, perpetual pregnancies, chick shredding and growth hormones, to the more insidious act of robbing an animal of acting on their natural impulses.

While these practices have already been widely reported, so-called Ag-Gag Laws are being enacted. These laws are designed to quietly close the doors on exploitations caused by intensive farming, and turn reporting on abuse against farmed animals into a criminal act.

Earlier this year, Iowa passed its third Ag-Gag law. This is the last in a decade-long effort of the agricultural sector to keep activists away in an attempt to take away their proof, their voice, and so their power. Although these laws originated in the U.S. and currently exist in 6 states, Ag-Gag laws are also popping up in Australia, Canada, and France.

Since Ag-Gag laws aim to silence whistle-blowers, the only way to respond is by getting even louder.

Social Justice For The Lower Classes And The Marginalized

Since going mainstream, veganism has lost some of its social urgency. This has caused the general public to view veganism as an elitist movement tinged with privilege and headed by holier-than-thou preachers attacking those who consume animal products as being immoral. While mistakenly labeled as elitist because of a few bad apples, veganism could contribute to a more equal distribution of both welfare and health.

Let’s look at a now-infamous example. In the summer of 2016, the Environmental Working Group released maps and data exposing North Carolina’s most vulnerable communities as the greatest victims of the 6,500 factory farms found in the state. The highest density of Concentrated Animal Feeding Operations (CAFOs) are located close to in the Samson and Duplin counties, where a high percentage of black and Latino communities is housed. Between them, these two counties make up more than 40 % of the state’s wet waste produced by 4.5 million hogs. A year earlier in 2015, 500 North Carolina residents had filed a suit against the unlivable conditions created by the intense pig farming. Prior to that, the North Carolina Environmental Justice Network filed a complaint stating the lax regulations of hog waste disposal and its inherently classist and racist nature towards the rural communities of eastern North Carolina.

North Carolina’s public health violations were first brought to light 16 years ago, but it wasn’t until last year in 2019, that the case finally got some exposure. 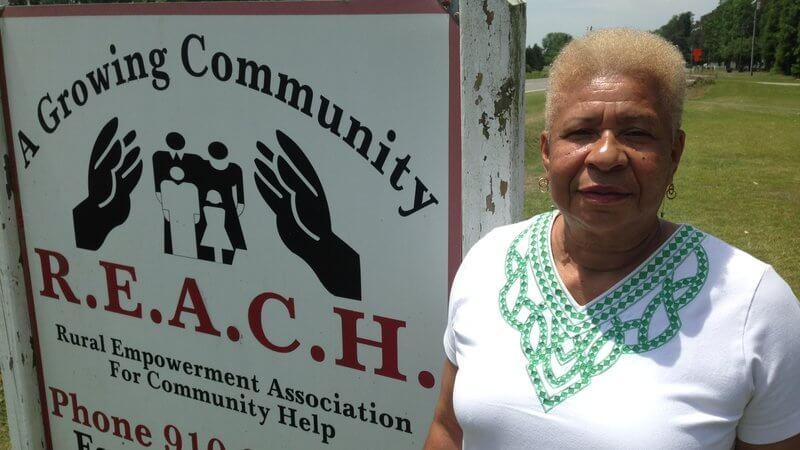 Intersectional Activism: Turn Your Life Into A Political Act

North Carolina is only one example of many of how the marginalized communities tend to suffer the effects of intensive farming. Prime examples include the inequalities laid bare by climate change and the dangerous meat processing jobs commonly executed by immigrants. Just think about the recent death of Pedro Canon, a Tyson Meat Plant employee who died from Covid-19 as a result of inhuman working conditions while 25 others tested positive for the virus. With effective organization and focus, no community should be left voiceless and the fight can be on a global, inclusive scale.

This is sadly not always the case. Veganism, while a social movement, is on occasion still headed by those who believe animal rights and human rights are separate entities. Raffaella Ciavatta, a member of Collectively Free, sat down with Tras Los Muros and talked about veganism and intersectionality, stating that our fight should be on all fronts, not just one:

“I have unfortunately seen many examples of activists who are either racist, sexist, or homophobic but nonetheless fight for animal liberation. From our point of view, we cannot fight a form of oppression while being oppressors.”

We have all seen and heard the numbers by now. We’re aware that Animal Agriculture is a major cause of climate change and contributes to deforestation, pollution, and loss of biodiversity, not to mention pandemics.

These insights have led to the rise of revolutionary ideas to curb climate change and boost animal welfare, as well as increase our own health and vitality. One such system is proposed by the EAT-Lancet Commission. The initiative aims to up draw up some guidelines that can, in a sustainable manner, provide nutritious, plant-based food to the ever-increasing population by addressing the destructive farming methods, the loss of wildlife, and the pollution of our oceans and rivers.

I can hear you thinking, how could we possibly find the resources to make something like this happen? Much like with the Ag-Gag laws, we can knock at our government’s door to build towards sustainable change.

According to a recent report by the Food and Land Use Coalition, our taxes are fueling harmful farm subsidies at a scary rate of 1 million USD per minute. Next to causing irreparable harm to the current climate crisis and our biodiversity, the report states that only 1% of the 700 billion USD is used in a way that benefits our environment annually. Instead, the majority of the funds are allocated towards high-emission cattle production through intensive farming, the destruction of our forests to produce more farmland, and pollution caused by the overuse of fertilizers.

You may recall similar alarm bells being rung by John Robbins in his book Meatconomics. It may already be 7 years old, but the book remains a staple in revealing the inner workings of the meat industry in a way that had never been talked about before. While Robbins also shares disturbingly big portions of the taxpayer’s money going to harmful meat and dairy practices, funds are also used to subsidize the production process, the farmers’ insurance, marketing, export, sales, and research and development. In effect, that $4 USD Big Mac you are purchasing will have a real value of $11 USD already paid by you on production and advertising.

The report further goes on to say that our security is at risk if we don’t find a way to reform these subsidies and drastically cut back on our meat intake and other damaging practices. The biggest opportunity, so the report finds, is in redirecting these funds to healthier eating, cutting down on our waste, and planting trees. This could surely clear a financial path for a revolutionary diet like the one proposed by EAT-Lancet, right?

A true activist doesn’t discriminate, but attacks an issue on all levels, for everyone.

We should all start by being reliably informed and making lifestyle choices accordingly. From there, we can use this information as armor to execute organized pressure in favor of social, environmental and ethical change. Our fight should be for the animals, for the environment, for the marginalized, and anyone or anything else left behind in a broken system that can be fixed.

So yes, pick up your fork for sustainable change, but also your pen, your banners, and your courage. 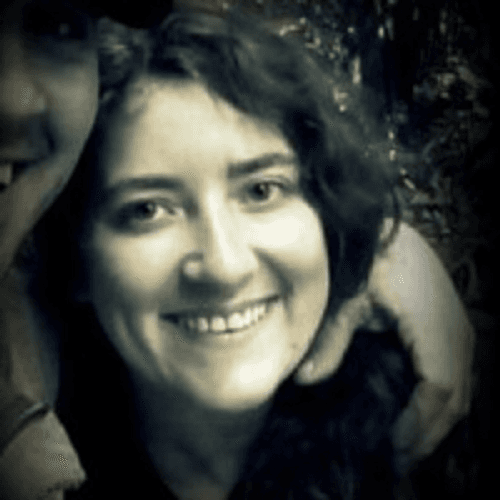 My name is Mieke, a Belgian content creator and editor currently residing in Costa Rica. My love for animals and our environment had led me to become a vegetarian in 2002, which evolved into veganism several years ago. Next to animal welfare and environmentalism, I am passionate about travel, art, philosophy, writing short fiction, reading and hiking. I hold a master's degree in art history and certificates in teaching, content marketing and editing.