This is a prevailing joke and well known meme around the internet. As if there were levels to veganism, and someone could be "more vegan" than someone else. But it got me thinking about what is it that keeps most vegans in silence and apologetical, instead of taking concrete action to bring an end to the cruel system they are well aware of.

I think this goes through the heads of a lot of people once they go vegan: I won't be "that vegan". It certainly went through mine. I was dead set in my head that going vegan was enough, that I didn't need to do anything more. That everyone was entitled to their choices, and I was doing my part in removing my demand from the animal exploitation market. I was not going to go about everyone's faces demanding they change too. I felt good about aligning my actions with my morals, and positively scared of bringing up this topic with anyone.

But, of course, I joined social media groups focused on vegans, and I started being exposed to the typical discourse that goes on in these pages. More often then not, the membership in these groups are not only vegans. There are several "mostly plant-based" people, vegetarians, pescetarians, full carnists who are thinking about the issue, and the eventual troll. And, when it comes to vegans, the vast majority are usually apologists. Vegans who will not speak up about animal rights even in these groups, and that will enable carnists (and in here I include every group save for vegans) for any little reduction they take, as if these baby steps were all that was needed.

My first experience in witnessing a heated discussion was when someone in a group for vegans said they were "vegan plus sea food". Of course, they were corrected. They were told, very politely, veganism is not a diet, so it's not like you could make it an equation of sets you don't eat plus some you do. But the apologists would not have it. It quickly became a show of people apologizing on behalf of vegans, that not all vegans were like that, that any baby step matters, thanking them for these baby steps, and that no one had a monopoly of what being vegan really meant.

And that made me think: "So, if I'm not that vegan, am I then this vegan?" Am I so afraid of what people will think of me, of the stereotypes they will associate me with? Am I afraid of any mention of animal rights in association with the term "vegan" that I must jump and counter any attempt of it?

Several such interactions happened in online groups I was a part of. The vast majority of apologists would usually stay silent on animal rights matters, then be outright very vocal when it came to silence those who brought it up to non-vegans to let them know what they were doing - no matter how politely. These vegans never spoke up about anything - unless it was to stand up against those vegans. Or, of course, keep sharing recipes and cooking tips, which is what went on 95% of the time in such groups. 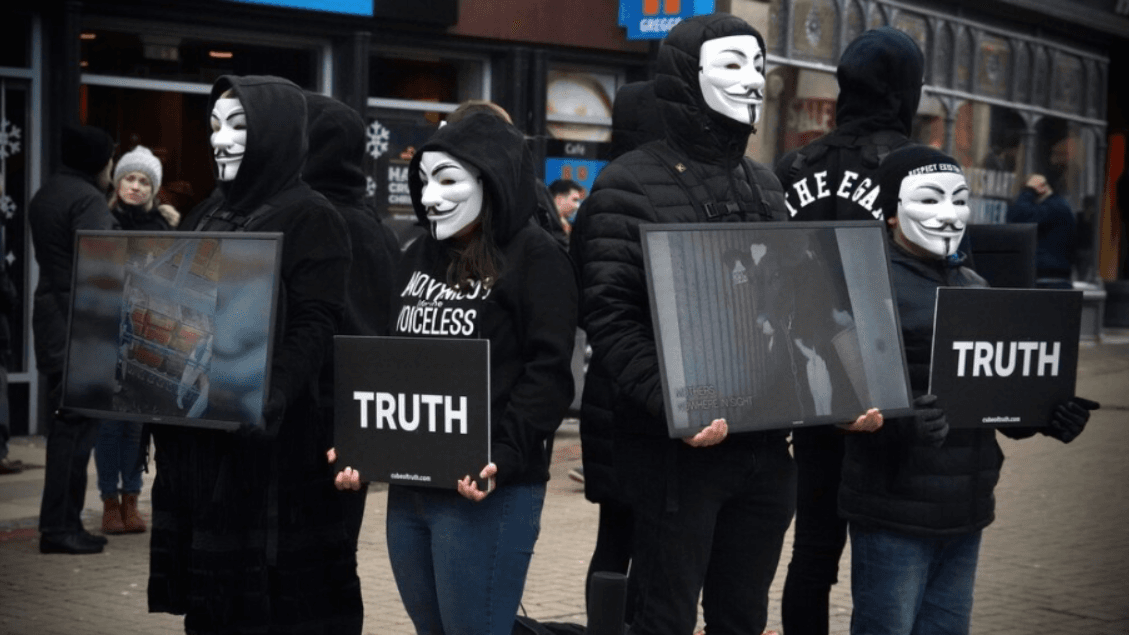 Until one day my spouse got in contact with the local chapter of Anonymous for the Voiceless. My spouse is the shiest, most socially anxious person I know. Seriously, they have severe migraines if exposed to regular social situations for too long. Yet, there they were, reaching out and talking to strangers and arranging to volunteer at a Cube of Truth (really, click these links to know more about this amazing initiative). They didn't even ask me to go with them. They just needed a ride.

I read on what a Cube of Truth was, and one of the requirements to participate was to wear black. So, scared as I was to stand there in public and be one of those vegans, I got a white jacket I hated, wore my lightest colored clothes, and off I went with Lilo to drive them to the Cube.

It was winter in Canada. Snow had been cleared days before, but as is normal, attendance in outdoor winter events is low. Few people showed up, and an organizer asked me if I felt comfortable to step in the Cube. I sheepishly said I was not wearing black, of course. And they replied it didn't matter - another person in would allow those already participating to rotate and take little breaks. They were very respectful, and never forced the issue. But I said yes, anyway, so in the Cube I went.

I stood still, holding a screen in downtown's busiest street. The screen showed footage of standard "best practices" in the animal exploitation industry. And from behind the Guy Fawkes' mask, my privacy preserved, and fully silent, I could see the reaction in people's faces as they passed by. First, curiosity when they were too far away to see the screens. Then their brows furrowed when they got closer. The majority of them would turn disgusted, look away, and walk faster. A few, of course, would troll, and tell us to go F ourselves, say they loved bacon, etc. Some, though, would stop and watch. Their expressions going from the initial curiosity to disgust to sorrow. And those are the ones the outreachers would approach to have a conversation with.

The mask protected me and allowed me to observe those reactions in a manner I'd never be able to otherwise. And it protected those who stop to watch from me - it de-personified me, the one holding the screen, and allowed them to fully react to the images on the screen without my own presence drawing them away from the content.

I was now that vegan. Still silent. Still passive. But even then spreading the message, because some of those vegans had organized the demonstration, and decided to brave the Canadian winter cold night to stand there. Because my spouse decided to be that vegan, and needed a ride.

After twenty minutes or so I took a break and stood aside, protected by a column from the wind that was blowing. Only now, I could see the screens. The footage that I hadn't seen in over 10 years and that so long ago had convinced me of the need to go vegan (despite only recently having actually gone vegan). I once again reconnected, in spite of my churning stomach, with the raw cruelty that goes on, and on, and on, every day. 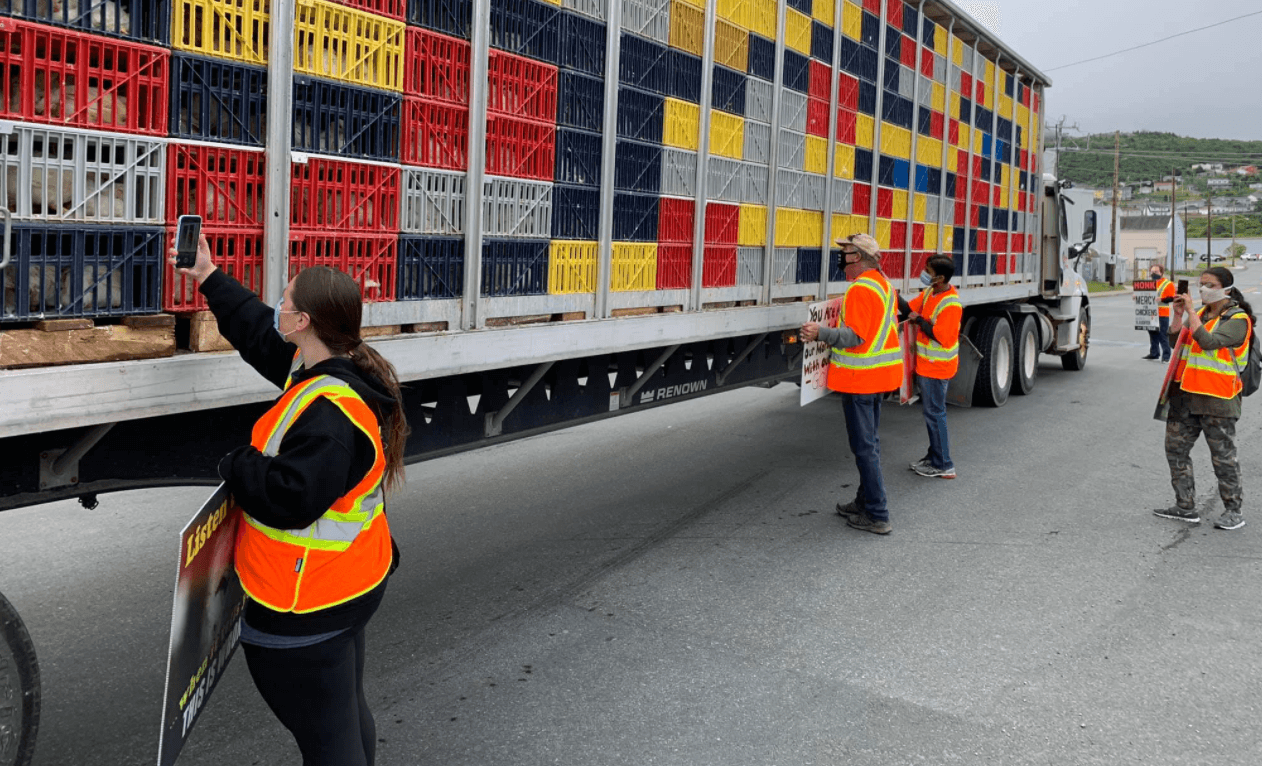 From that day on, I became an animal rights activist. I was still deadly afraid of what the others would think. And to this day I still am. Even in social media, I feel a lot of anxiety when I post things related to animal rights. I need to pick my online battles, because activist burn-out is a real thing, and anxiety is ever present when engaging strangers online, at least for me. Eighteen months in, and it never became easier.

But I did get to meet a hardcore, grassroots group of passionate activists. And it didn't take much for them to become our friends. With them, my spouse and I joined Save vigils, walks, chalking, Zoonotic Pop-Ups - COVID restrictions didn't allow much room for other initiatives. Having like-minded people to stand shoulder to shoulder with you helps spur you forward.

Vegan Levels Are a Joke, Of Course

Funny Simpsons trope aside, vegan levels don't exist. No one can be "more vegan" than another person. I've known young people who were forced to eat animal products by their parents, for example. And that did not make them any "less vegan" than the most hardcore activist. Everyone has their limits, their own strengths, and how much they can give. Yet, being a silent vegan if you have the means to do more is to face away from the truth you know.

You need to pick your battles - family circumstances are extremely hard to navigate, for example. The workplace is a place where you need to tread really carefully. After all, if there is something that triggers people, it's telling them they are doing something wrong. Specially when that something wrong is the highlight of their weekend, like a barbecue, hunting or fishing.

Now, to go out in the streets, and face strangers? Tell them to face the truth and change their act? There is a lot of power and, surprisingly, a lot of impersonality in that. It is something in the power of most silent vegans to do.

How to Take Action?

It helps to stay focused when you think about the victims. Most of the abused species are as cognizant as a three-year old human toddler. Their fear, pain and terror are no less real than ours. And again, I bring you back to the footage dedicated undercover activists unearth again, and again, and again. It's by far the biggest cruelty done in the modern world.

But my strongest motivation is to know that, at this point in history, animal rights activism is seen by carnists in the same light as bigots saw the sit-ins of the civil rights movement back in the 60s. I like to think that, had I been alive back there, I'd have joined those sit-ins and stood with my oppressed siblings to end their oppression. How can I not do something about animal rights, then, in this day and age? How can I not try and change history? The opportunity is right here. How can I let it pass me by?

So, stay tuned - going forward, I'll make a series about the various global animal rights organizations, and how you can get involved, to try and climb up those vegan levels! ;-) 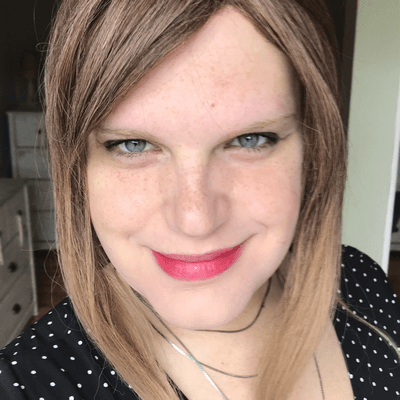 How to Navigate the Holiday Season
Read more