The Internet is an amazing place for finding all sorts of information. Everyone is free to contribute, meaning a multitude of voices can be heard. However, monetization has tainted many things, and online articles are no exception. Desperate to get clicks, writers had to resort to writing sensationalist headlines. That itself may not necessarily be a problem, but trouble arises when readers stop at reading headlines and start drawing conclusions from there. Combined with some psychology phenomena none of us are immune to, readers can easily fall into the trap of believing articles that misrepresent their topics. Everyone and their mother has an opinion on veganism (especially their mother), so those who want to read and learn about it have to be aware of how the media contributes to the misrepresentation of veganism. Worry not. When you learn to recognize writing patterns and tendencies, you will suddenly see them everywhere. As a responsible reader, you will be able to form your own opinions and make informed decisions.

This article will help you spot cheap tricks articles use to generate cheap clicks.

Climbing Mount Everest is often seen as an indicator of one’s fitness. People train for months on end prior to climbing. Some make it to the summit, some don’t. More than 300 people have died while tackling the world’s highest mountain. However, one of them was of special interest to the public just because of her lifestyle. In 2016, Dr. Strydom, who was vegan, died of altitude sickness while descending Mount Everest.

Journalists were quick to write a myriad of articles about her death, and many of them made sure that their headlines included the word vegan and Strydom’s intention of “proving that vegans can do anything”. Using the word vegan for getting clicks is not a new method, and it functions because veganism is still considered somewhat exotic. Writing about the death in a condescending tone and boldly making generalizations such as “vegan diets are commonly lacking in vitamin B12” inspired some readers to conclude that her being vegan had something to do with the tragic outcome. This is an example of survivorship bias. 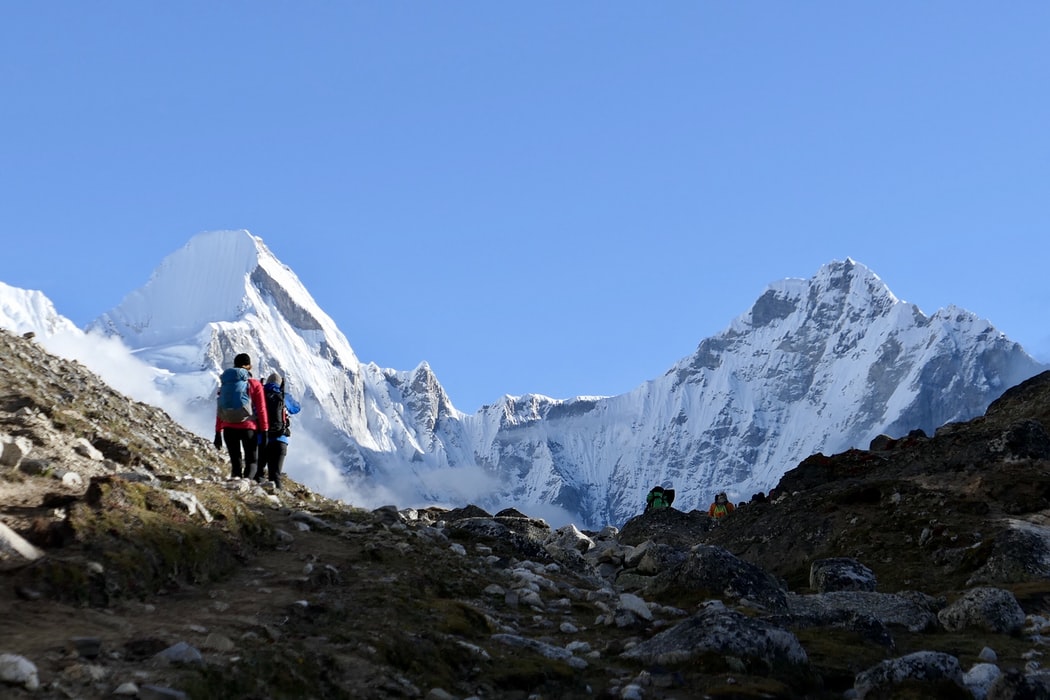 Survivorship bias can be defined as “the human tendency to study successful outcomes and ignore the accompanying failures”. For example, if we learn that Mark Zuckerberg and Bill Gates dropped out of college and became successful, we may conclude that dropping out was what made them prosperous. We ignore many people who followed the same path but never made it big. In the case of Dr. Strydom, a reversed form of survivorship bias can be seen. She is one vegan who died on Mount Everest, but many people who were already skeptical about vegans used that piece of information to consolidate their opinion of all vegans being weak. The fact that her husband, also a vegan, went to the top and back was ignored.

Luckily, there are vegans whose climbing feats are well worth seeing. Make sure you read stories about Kuntal Joisher and Dean Maher to see it’s completely possible to be a successful vegan athlete. If you are interested in such topics, there is a course on vegan fitness on Vegan Bootcamp, so sign up right away!

Apophenia – Drawing Connections Which Are Not There 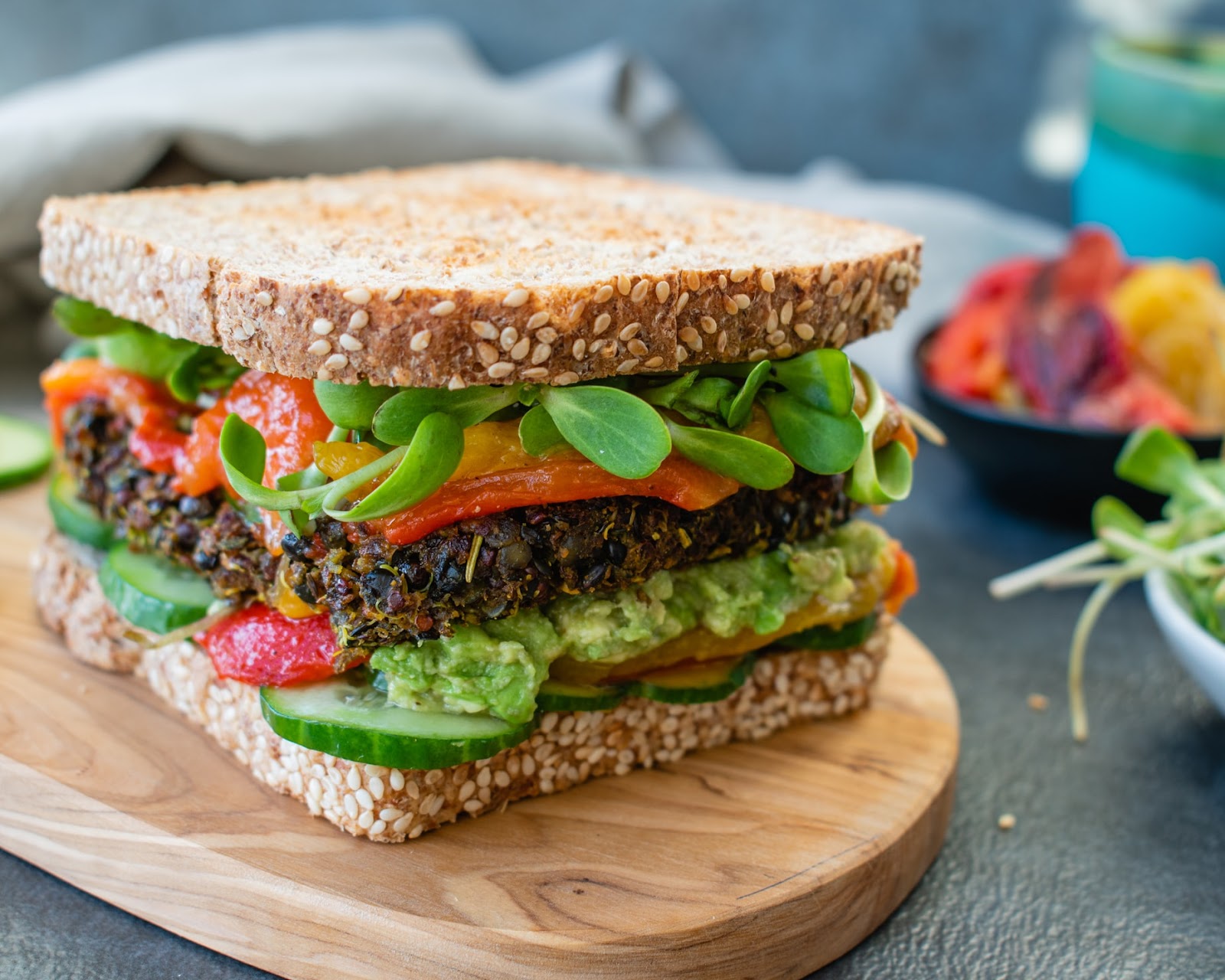 The Matter of Food – Unsplash

Survivorship bias is not the only phenomenon in which people tend to draw false conclusions. Apophenia is also present in articles on veganism written by non-vegans.

Defined as “the human tendency to see connections and patterns that are not really there”, apophenia can be found in the background of articles on vegan parenting and vegan diet. In Italy, 2016, a bill that proposes jail time for vegan parents who feed their children vegan diet was presented. It was a result of several cases in which vegan children suffered from malnourishment. One child even died, and their parents were sentenced to life in prison. However, it is very important to note that the child was fed a diet of mostly soy milk and apple juice. Again, a ton of articles on how bad a vegan diet is for children appeared online. When a teenager who ate nothing but fries, chips, bread, and processed meats went blind, there were no articles claiming that an omnivorous diet may be harmful.

The Academy of Nutrition and Dietetics, the United States’ largest organization of food and nutrition professionals, doesn’t take issue with veganism. According to the Academy, a planned vegan diet is “appropriate for all stages of the life cycle, including pregnancy, lactation, infancy, childhood, adolescence, older adulthood, and for athletes”. In other words, professionals agree that a vegan diet (with B12 supplementation) can be healthful and nutritionally adequate for children. The unfortunate events in Italy were not a consequence of a vegan diet, but a poor diet in general. We must remember that correlation does not imply causation. Many vegan parents have raised vegan children successfully. All it takes is a little planning and being responsible for supplements.

If you are interested in going vegan but need some direction to make sure you stay healthy, Vegan Bootcamp can connect you with registered dietitians who will help you meet all your nutritional needs.

Hypocrisy is not in this season!

Of course, vegan authors should avoid doing the same things they’re accusing the others of. Rather than claiming that eating animal products makes omnivores automatically less healthy than vegans, for communicating a vegan message, it is better to take a calmer approach. Focus on maintaining a civil dialogue rather than abruptly proclaiming victory and discouraging further questions. Avoid relying on anecdotal evidence and clickbait. Think of all horribly written anti-vegan articles and try to create something that informs and empowers people to become vegan, instead of stoking internet flame wars.

Too shocking to be true

Unfortunately, there isn’t a universal, easy formula to tell what’s true and what’s false. You need to research further from the headline. Look up the same issue using multiple sources. Check if a scientific article was peer-reviewed or if it was sponsored by a biased party. Most importantly, think about what you’ve read before you repeat it and use common sense to determine if what you’ve read is true information.

One other thing to take away is if a headline sounds too shocking to be true, it probably is. A headline is usually a tool for getting the readers to open the article, and the true(-ish) information is revealed somewhere in the text. Since veganism is still a controversial topic, we need to be careful not to fall for everything we find online, be it about how veganism can destroy your health or give you superpowers.

About the Author
Dora Pavić

Hi, my name is Dora. When I’m not busy teaching English or grading exams, I enjoy cooking, reading, hiking, and watching cheesy TV shows. I’ve been vegan since 2017.

The official blog for the Vegan Hacktivists. We regularly post project updates, announcements, interviews, and other fun stuff here! Thanks for reading! ❤